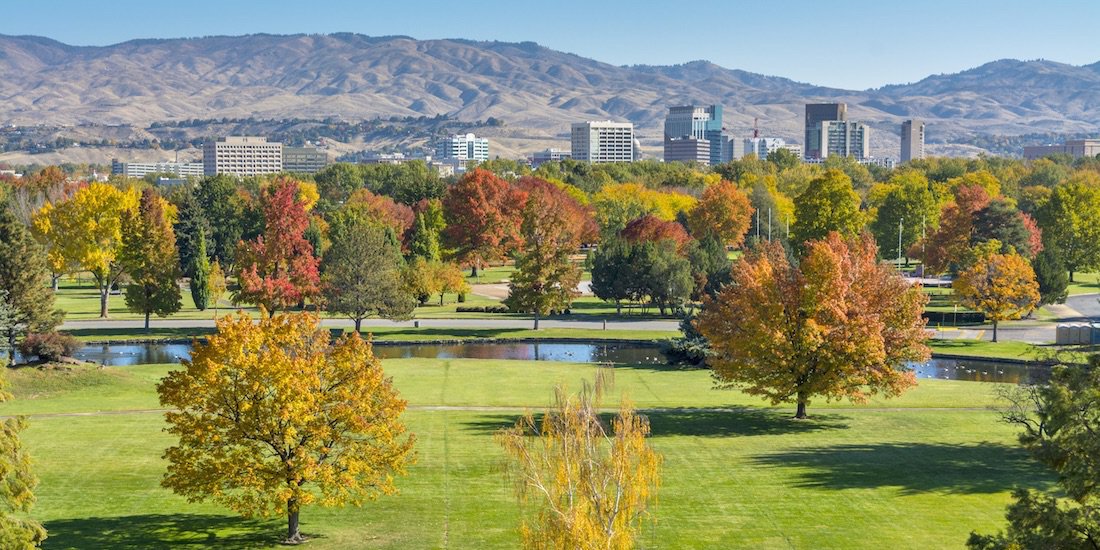 Kuna, Idaho real estate attracts home buyers looking for more home affordability than what is comparatively offered in most other areas of Ada County. Homes for sale in Kuna range from starter homes to many acreage and farm properties. Some residents live and work in Kuna while others commute to some of the larger surrounding cities like Meridian and Boise.

"Kuna" means "the end of the trail" (2). The name comes from being at the end of a historic railroad line that came from Boise. Originally, the area was mostly desert. However, as people began to settle in the area they eventually built an irrigation canal (Indian Creek) turning much of the area into productive farm land.

Today, the real estate landscape in Kuna looks much different. Farm ground has given way to many subdivisions. While you can still find farm and acreage property, most of the homes for sale in Kuna are located in subdivisions built in the last 10 to 20 years.

The American Community Survey completed by the US Census can be a great source of information about a community. Homes for sale in Kuna tend to be newer homes, have more bedrooms, a lower price, and a larger household size than most of the surrounding cities. Most people in Kuna own their homes rather than rent. See below for breakdowns on Kuna, Idaho housing data (3).

The American Community Survey completed by the US Census can be a great source of information about a community.  Homes for sale in Kuna tend to be newer homes, have more bedrooms, a lower price, and a larger household size than most of the surrounding cities. Most people in Kuna own their homes rather than rent.  See below for breakdowns on Kuna, Idaho housing data (3).

The Kuna real estate market has approximately 4,557 housing units.  Of those homes, the majority were built in the 5 year span of 2000 to 2004 (33.9%).  As you can see below, 89.4% of the homes have been built since 1990.  This is also reflected in the city's rapid population growth.  The figures below also show that the 1980s were a slow period of growth.  This was also true for most of the Idaho real estate market.

More than half of the homes in Kuna are 3 bedroom homes (51.9%).  Compared to all the homes in Idaho, this is about a 10% higher concentration than nearby cities.  Kuna also has a high number of 4 bedroom homes (32.2%), only trailing Eagle, Idaho (34.7%) compared to other major Treasure Valley communities.

Homes with a Mortgage

For owner-occupied homes, the Kuna real estate market has the highest percentage of homes with a mortgage in the Treasure Valley.  Within all of Idaho, 68.9% of homes have a mortgage.

Kuna, Idaho has a very high rate of owner-occupancy.  While some rentals exist (16.4% according to this data), most people living in Kuna own rather than rent.

Places of Interest in Kuna Idaho

No representation or warranty of any kind is made.  User to verify all informaiton.

Supporting documentation on code lists, subject definitions, data accuracy, and statistical testing can be found on the American Community Survey website in the Data and Documentation section.  http://www.census.gov/acs/www/

Get $20k with the CBH SUMMER LOVING PROMO NOW thru 8/31. The Harrison 2025 is the perfect spacious single living four bedroom home you've been waiting for. With an over ...

Get $20k with the CBH SUMMER LOVING PROMO NOW thru 8/31. The Willow 1860 is everything you could ever ask for. This dreamy single level home starts with a front porch tha...

Welcome to another beautiful single-level by Harding Homes in the Cazador Subdivision in Kuna. Enjoy entertaining in the chef's kitchen with premium appliances, kitchen ...

Welcome to the Clearwater by Eaglewood Homes! The Clearwater has 5 bedrooms, 2.5 bathrooms, and an office in its spacious 2806 square feet. The luxurious master bedroom...

Another beautiful home by Harding Homes in the Cazador Subdivision in Kuna. This spacious home features a separate casita perfect for your home office, craft room or exer...

Pick your Venta Floorplan and build your dreamhome! Example photos shown of a Venta finished product, the Armstrong. Call for more info!

Welcome to the Bitterroot by Eaglewood Homes! Come and see this stunning 3239 square foot home tucked away on a quiet corner lot with very little traffic in Patagonia, Ku...

Charming home in highly desired Greyhawk subdivision is ready for your personal touch. Open living area great for entertaining with easy access to the backyard that is pr...

It's hard to beat the value and space found in the Quinn by Venta Homes! Two living spaces make this home a hit for those wanting a game room or make the bonus into a 5...

Fabulous single-level home with modern charm! The welcoming great room will have you feeling right at home with its soaring ceilings and contemporary color palette. Sleek...

This adorable home sits on one of the largest lots in the sub. Fully fenced & nicely landscaped front & back. The home has been very well kept & features an open spacious...

Welcome to The Huntington by North Star Homes in the Cazador Subdivision in Kuna. This light & bright single level home has an open floor plan perfect for the entertainer...